What do you call it when you cook meat from the front of a kangaroo?
A hot pocket!

A guy visiting Australia gets hit by a car and is taken to the ER unconscious. When he comes to, lying on a stretcher, he asks the porter, “Was I brought here to die?”. The porter replies, “No, mate, you were brought here yesterday.” 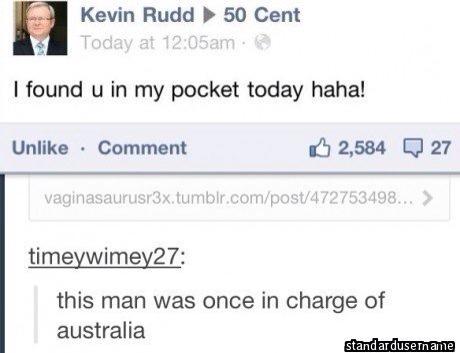 Why did the cockatoo sit on the clock?
So he’d be on time!

What Australian animal can jump higher than the Sydney Harbour Bridge?
All of them – because bridges can’t jump.
How do Aussies start every joke?
By looking over their shoulder.

What do you call a LAN party in Australia?
The LAN Down Under

I forgot how to throw a boomerang the other day – then it came back to me.